Wow, has it really been almost a year?! Saying I neglected the blog would be an understatement, I dropped off the face of the blogging world. Here we are almost the end of 2013 and my last post was Halloween 2012. A LOT has happened in the last 365ish days. LOTS and LOTS. I guess you could say that life got "busy." I'll recap my year MIA with the three biggest things.

1. I got pregnant and had a baby. YES!! I told you, a lot really can happen in a year. Starting the beginning of 2012 we started trying to have a baby. Ella was 18 months old and we thought it was time to starting thinking about another addition to the family. We didn't put to much pressure on ourselves thinking it would happen quickly, but month after month went by and the tests came back negative EVERY MONTH. After 3 or so months of negative tests I started using ovulation prediction tests to better our chances...still not pregnant. Spring and Summer came and went and several close friends announced their pregnancies along the way and still we tried and tried and it just wasn't happening. Ella turned two and my hopes of having kids 2.5 years apart went out the window. I was discouraged but knew that in God's timing we'd have another if we were supposed to. Then just two weeks before Christmas 2012 we got the best gift ever, a big fat POSITIVE test. I could barely contain myself. It had been a LONG nine months but finally we were having a baby! So this summer we welcomed Maci Evelyn to the family (I'll share her birth story soon). The little sister Ella had hoped for, and the baby her daddy and I prayed for. 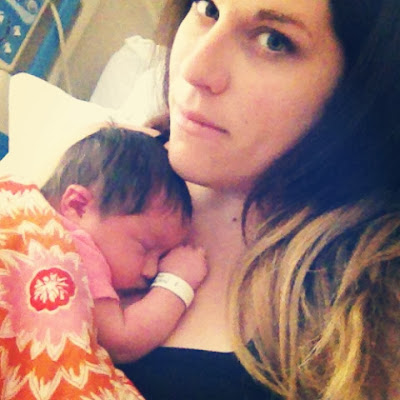 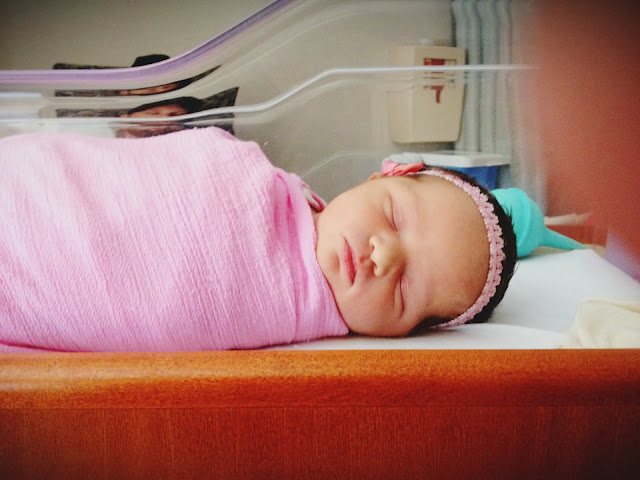 2. Ella turned THREE (hello! stop growing so fast!) and started preschool. When they say don't blink, kids grow so fast, they really mean it! I can't believe that Ella is not only three (which we celebrated with a Doc McStuffin's themed party) but has started 5 day a week preschool. We placed her in a montessori program and to say she is enjoying it is an understatement. She loves her "work" and is thriving tremendously! 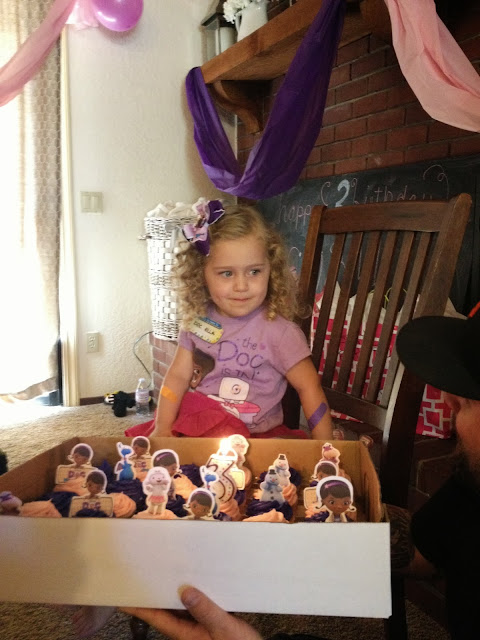 3. For the first time since Ella was born I started working outside the home. I suppose this is the largest contributing factor to the blog being neglected. When you're pregnant, have a toddler and work outside the home there isn't a lot of extra time for keeping up on the blog. Like most families in the last few years, money was getting tight so this SAHM had to look for work outside the home. I found a job working part time at night after the husband came home. While in the first trimester of my pregnancy I was actually working two jobs. Let me tell you, there was a bit of mama guilt at times and it felt like a "break" being around adults and having someone besides a 2 year old to talk to at other times. Verdict: I love being a SAHM at this point in my life. Kids grow so fast (see #2) that I really cherish being able to be at home with them during their early years. I'm still on maternity leave from Maci's birth and I hope that I can keep it that way. Of course, i'll do whatever I have to for the family.

Well I hope that explains my absence. And I hope I can jump back into posting more regularly too. It was nice logging into Blogger and seeing that even though I haven't touched the blog in almost a year I still average 100+ views a day and looking back at the stats some of my posts had thousands of views (thank you Pinterest). One thing that I haven't neglected is my Instagram account. I post everyday so if you'd like to follow along there, please do! (click HERE to follow or search username abstractgrace)


It feels good to be back. Happy Fall!

Hi, I'm Laura. Mama to my little ladies, Ella June + Maci. I like dabbling in all things vintage, handmade, girly and one of a kind. Always on the lookout for a good find. ♥